Australian owners and reservation holders were invited to a viewing of Tesla’s new Model 3 at events in Melbourne, Sydney and Brisbane.  A few Perth owners made the trip over to get a first look. Tesla freighted in some vehicles from the North-American production run, and as such, they were left-hand-drive models, but otherwise, much the same as we expect to see in 2019: 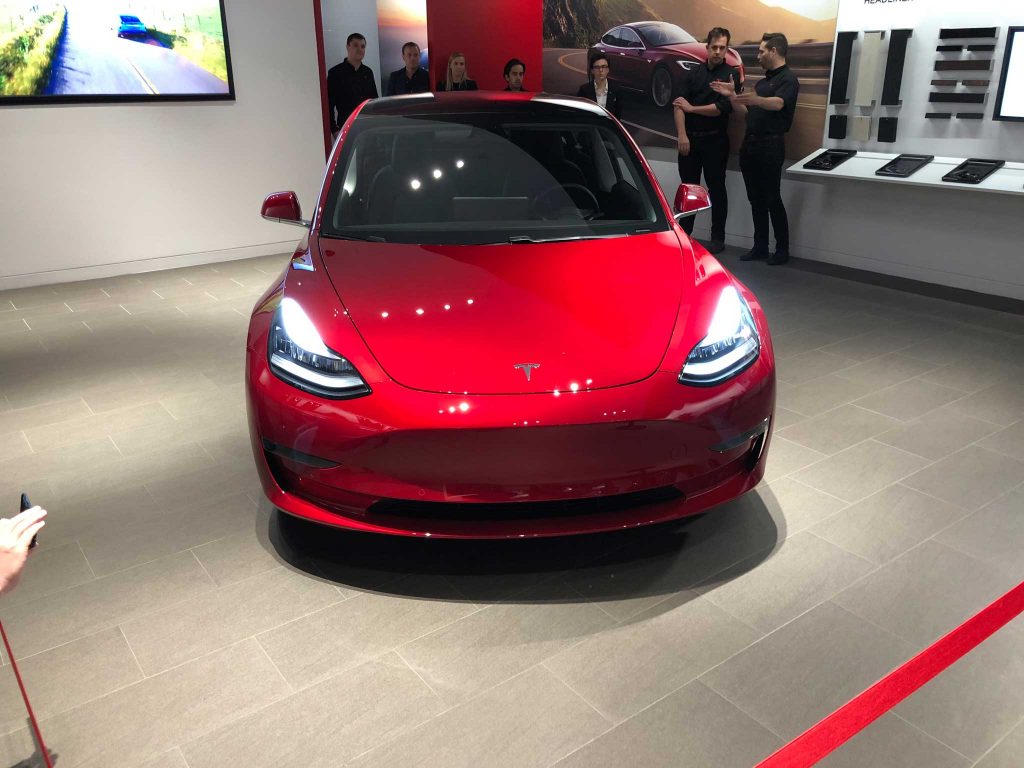 There were many Tesla staff on hand to answer questions about the cars, and invitees were given a short time to view them up close and inside: 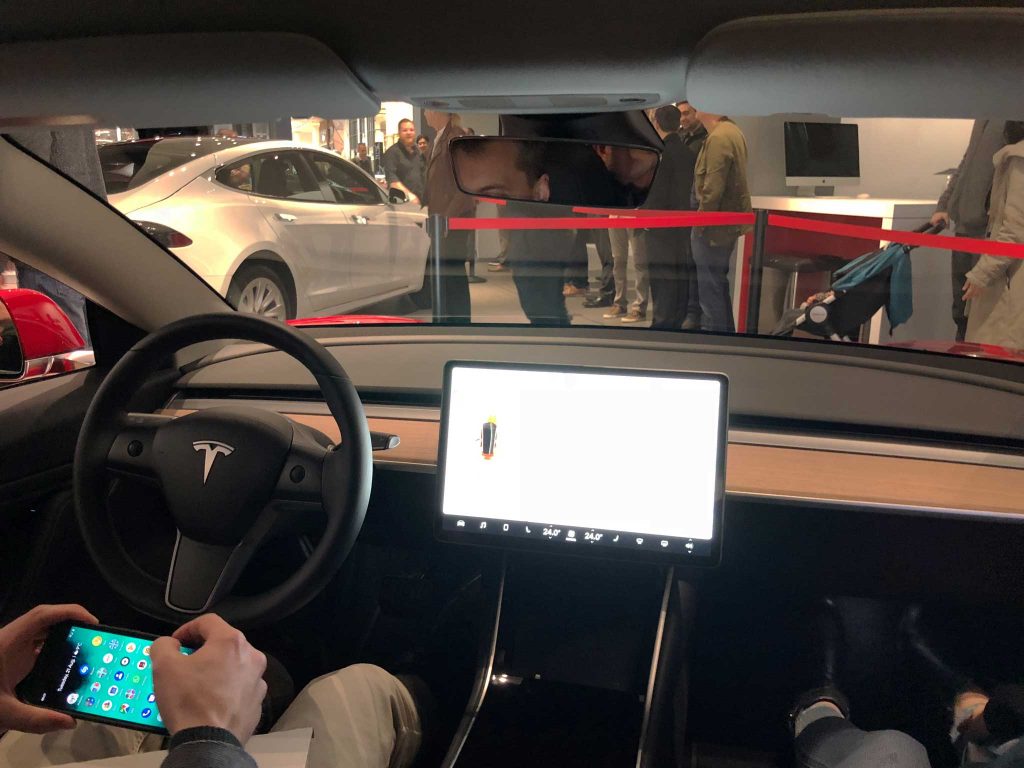 The viewing has generated fresh enthusiasm for Tesla in Australia, despite the possibility of a wait for the right-hand-drive models to begin shipping.  There was a broad range of demographics represented in those that had signed up. 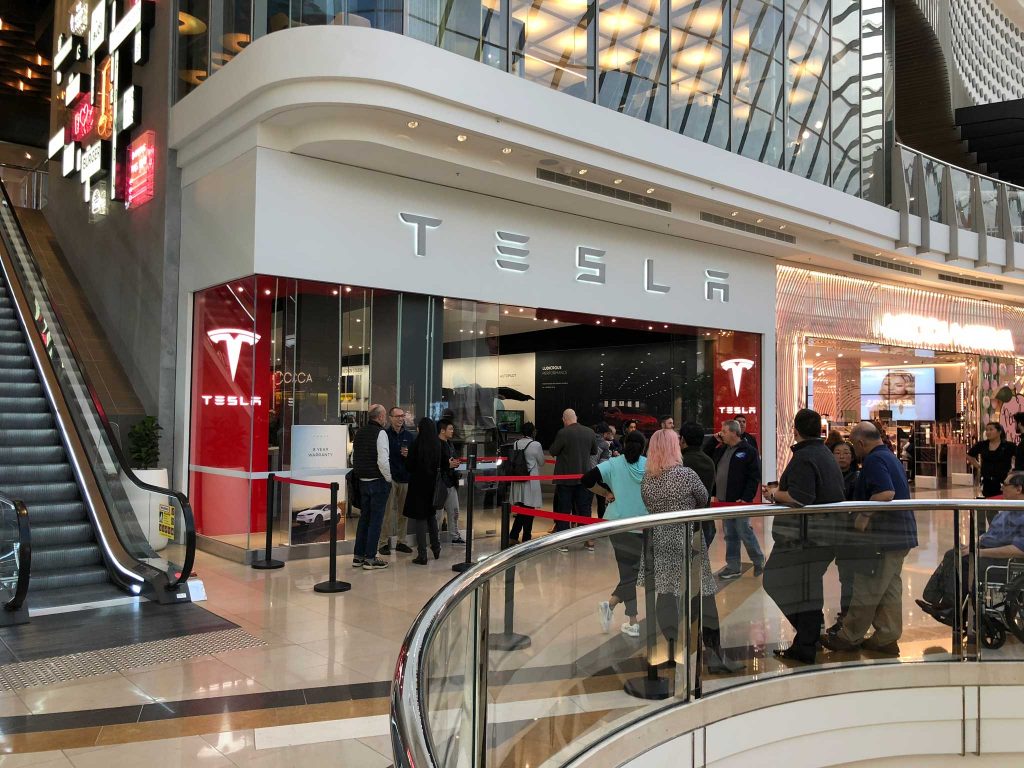 Tesla report that there are around 2500 existing owners in NSW and 1400 in Victoria.  TOCWA is aware of around 200 owners in WA.

We had hoped to see a display in Perth, but we will likely need to wait until our showroom arrives. 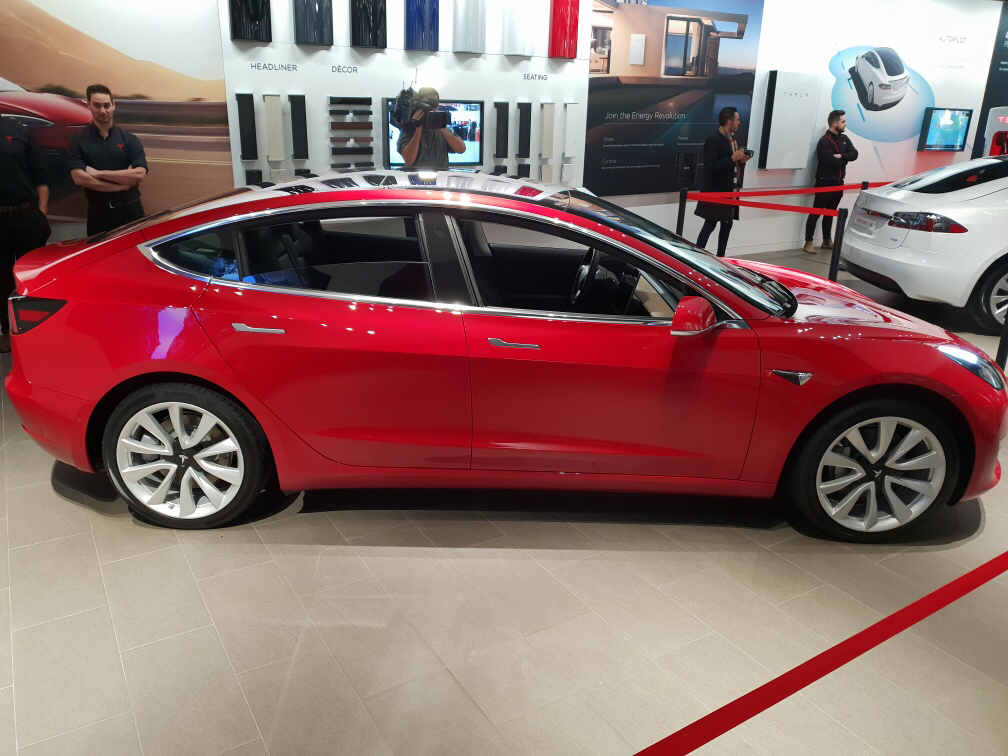 2018 has been another year of increased electric vehicle sales in many other parts of the world, the concept has taken a firm grip and there’s no stopping the EV revolution, in Australia the story is slightly different.

There are many sections of industry and the public that can see the benefits of electric transportation; unfortunately we have a small group of politicians that believe otherwise. These people take every opportunity to attack EVs on TV, radio, the printed press and social media, they sprout complete nonsense but when challenged avoid debate. Why do they continue with anti EV propaganda?

For many it’s telling the loyal masses what they want to hear, in these voting groups EVs are seen as a Left wing Greens conspiracy to lower carbon emissions, “God help us all if we’re forced to drive electric vehicles” is the cry, all the charging station diners will only serve Latte’s and Quiche, Bob Menzies photos will be taken down and replaced with Bob Browns, the Hank Williams songs will be removed from the Juke box and replaced with the Electric light Orchestra. Its okay conspiracy theorists, Craig Kelly has an emergency video ready to play on continuous loop, it consists of Mad Max revving the V8 Interceptor, “she sucks nitro, 600 horsepower through the wheels”.

Now let’s put conspiracy theories, carbon emissions, climate change and the half joking aside and discuss something complete different, the nation’s road toll, last year approximately 1225 deaths. This figure has year by year steadily reduced in relation to overall kilometres driven due to vast amounts of money, time and hard work going towards reducing the crashes, injuries and deaths, but a figure that is still far too high. What is an acceptable number of road deaths above zero? Has a public figure or politician ever put a number to it? I doubt it.

This discussion on the road toll brings me to another cause of death and injury that stems from the transport sector, air pollution. This has been spoken about by various concerned groups for some time but until now has been lost in the background noise, I hope that this past Friday the 17th of August 2018 was the day the band stopped playing too loud and the crowd could hear the lead singer.

As you may or may not know Independent Senator Tim Storer has been leading a Senate committee on electric vehicles, the committee is taking submissions on a wide range of reasons for and against the uptake of EVs in Australia. Friday was the second of three public hearings and the Doctors for the Environment were able to have their say; it is now on record and in the same room as the people who were elected and paid to listen. In Australia an average 3000 deaths per year are caused by air pollution, half of those attributed to motor vehicle exhaust emissions, thereabouts 1500 deaths by tailpipe, remember that road toll figure? 1225, a road toll figure that has rightfully received many decades of attention and one that most people would agree is still far too high.

Tailpipe pollution has no favourites, the guy who rides his bike to work to stay healthy is breathing in the exhaust fumes of his colleagues driving to work and the person who likes to walk to the shop rather than catch the bus better hold their breath as the bus cruises past, there never was and there never will be clean diesel, and all the parents who drive their kids to school in the latest 5 star safety rated SUV because your family is precious, guess what, all the other mums had the same idea and their SUVs are idling in the drop off zone next to the kindy playground filling those precious lungs with exhaust toxins. 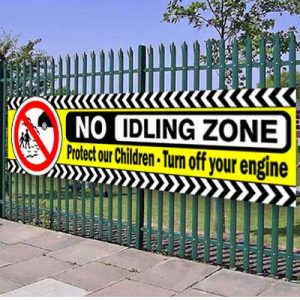 Some people may compare motor vehicle exhausts fumes to Cigarette smoking but there’s no comparison, the 85% of Australians who choose not to smoke are now free to avoid those fumes. The warning signs are everywhere, smoking is bad for your health and only adults can purchase Cigarettes at massively taxed prices in plain paper packaging with graphic photos printed on the pack, because it’s a burden on society that adds enormous cost and pressure on the nation’s health system. It’s a shame those kindy kids can’t be protected from exhaust fumes like they are from cigarette smoke.

Politicians can argue over many aspects of electric vehicles, they can muddy the waters with all sorts of unfounded claims and opinions, but they can’t argue about the fact that air pollution from motor vehicles is a massive burden on Australian society. Hopefully the Senators present at Friday’s electric vehicle senate committee hearing absorbed those facts from the Doctors for the environment and officially pass it on to their colleagues in Canberra. The unnecessary and time wasting behaviour from the small group of anti-EV politicians has to stop.

The return trip is just over 2500km. Finding AC charging points is no problem, there’s a bit of downtime whilst charging but if you haven’t driven North of Perth before it gives you a bit of extra time for sightseeing, if you’ve driven this road many times before and have seen it all the downtime can be spent writing down all the reasons why DC fast charging would be very handy in these parts. 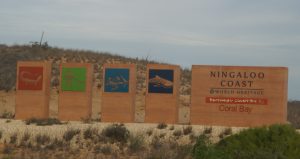 Good range is very difficult to achieve all the way to Northampton, the wind blows consistently and a tail wind never seems to blow when you need one, the second major affect on range is the coarse road surface, with charging points no more than 220km apart getting to your next destination shouldn’t be a problem but just in case be prepared to drop the speed back to 90km/h if it doesn’t hold up traffic.

The roads are well built all the way to the Exmouth turnoff, after that it’s a two way marked road but the edges don’t have much room for error. Be cautious of impatient drivers especially on the Perth to Geraldton leg, expect to see at least one act of stupidity from a random driver, fortunately more overtaking lanes are being built and the sooner the better, also look out for foreign tourists that forget which side of the road to drive on, generally first thing in the morning.

Charging options:
It is a good idea to study Plugshare before each destination, there are some handy tips (especially when using the Jurien foreshore charge point).  Please update Plugshare for fellow tourists – if someone has logged in recently it gives them the confidence to make the journey.

Payment for charging:  Generally charging during overnight stays is complimentary (but not always so check plugshare) daytime charging is hit and miss, some locations have a set fee, some still haven’t worked out a charging fee and others are happy as long as you eat, drink and be merry. If you’re unsure the best option is always to offer to pay some cash, another good practice is to carry a bottle of wine or two as a good will gesture, every location is different.
*Keep in mind that in these early days every EV driver is an ambassador for the cause, so don’t forget to thank the owner/manager/staff for providing car charging.

Tyres:  Dongara, Geraldton, Carnarvon and Exmouth all have tyre shops, unfortunately most roadhouses no longer have facilities to help out. I highly recommend you carry a spare wheel and tyre combination, a good tip is to check the tyre tread for screws/nails while the car is charging, there’s a good chance a foreign object will lodge in the tyre while driving through a carpark slowly rather than on the open road.

In a few years time the Perth to Exmouth route will no doubt have DC fast chargers all the way, the journey will be routine and in many ways mundane, your Tesla will be just like every other car out there, so while it’s just AC charging be slightly adventurous and give it a go.